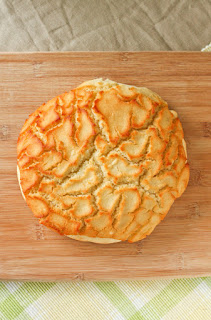 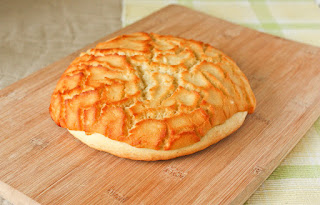 The bread is quite interesting - it is a white sandwich bread topped with a thick layer of a mixture of rice flour, yeast and water. This mixture cracks and turns golden as the loaf bakes, giving the bread it's unique appearance. I'm going to send you over to the Daring Baker's website for the recipe since I didn't change a thing. I used the white sandwich bread recipe and topped it with the dutch crunch topping. 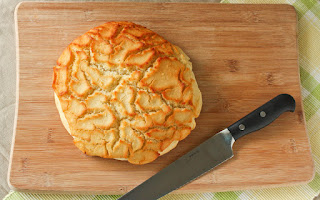 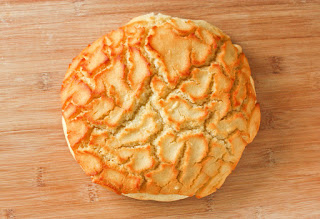 I decided to make my bread into a Muffuletta sandwich. I adapted the recipe from Bobby Flay's Throwdown cookbook (which is a stellar cookbook, well worth the purchase!!). 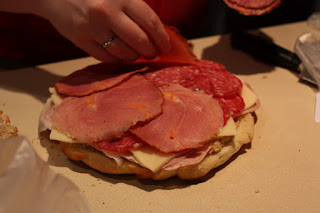 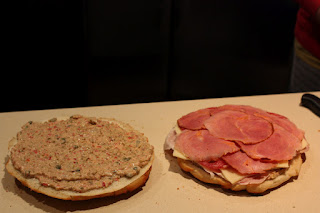 Here are some pictures of this monster sandwich. Don't worry about the olives in that dressing... my hubby hates olives, but he was madly in love with this sandwich. It all goes together so perfectly with no flavour overwhelming the others. 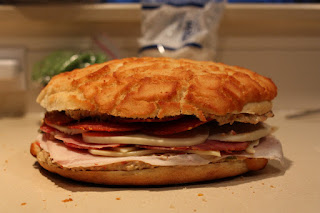 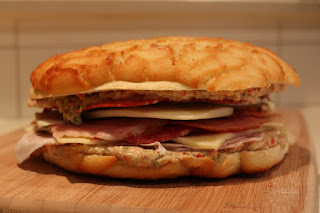 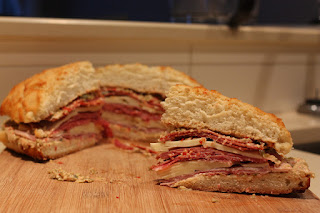 It was a little hard to cut due to all of the toppings, but it still tasted great. 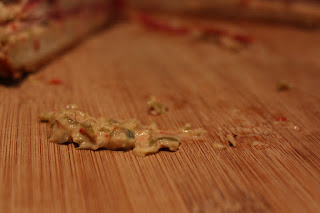 This post has been linked up with Fusion Fridays over at Jennifer Cooks. Head over to check out other delicious goodies other bloggers have whipped up this week.

Thanks Sara and Erica for hosting an interesting challenge. I can't wait to go around and check out what kind of sandwiches everyone else made. Happy Baking my Friends!
Posted by Unknown at 8:47 PM